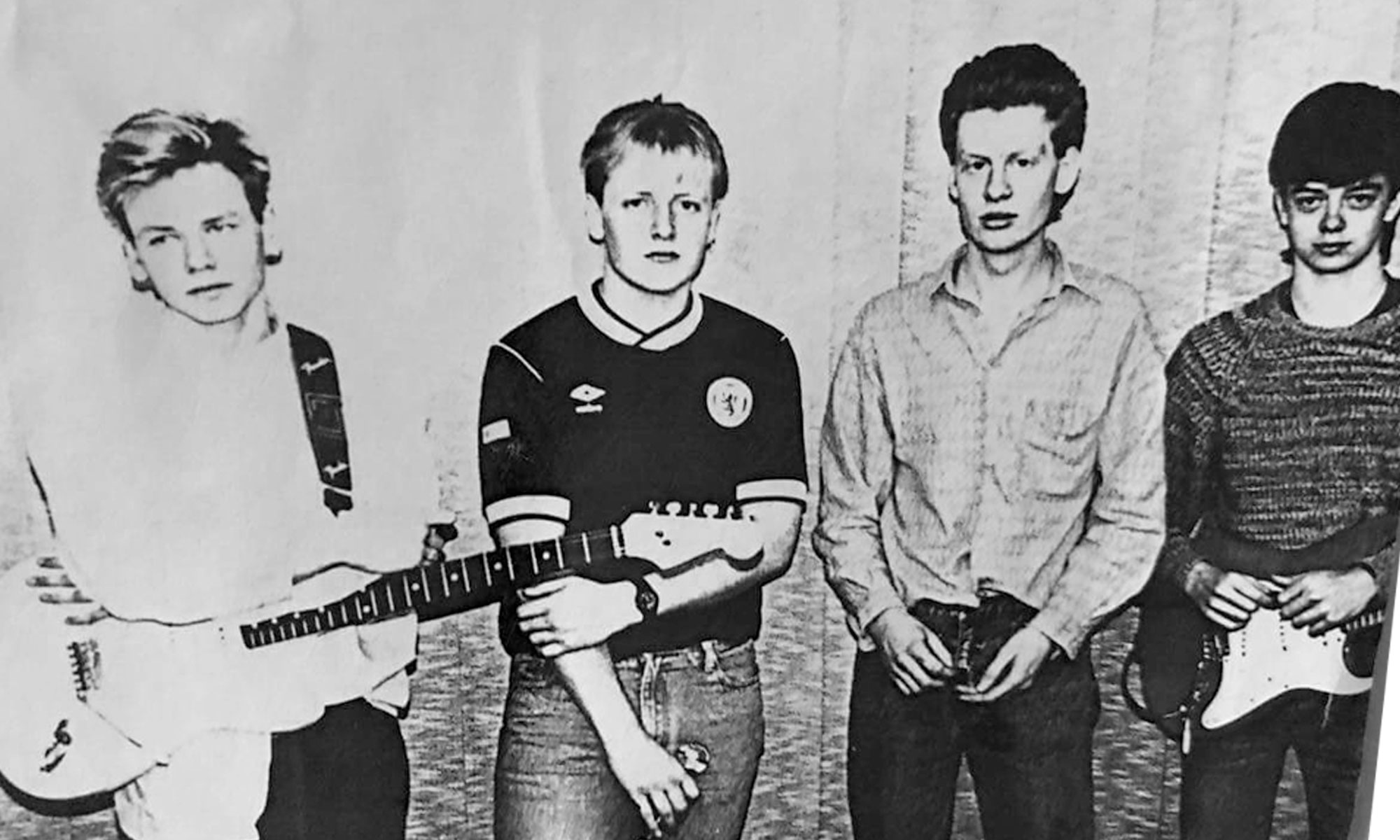 Hailing from the North East of England. Big Derek started to cut their craft of songwriting back in 1985 with Keith Swan (guitar) and Michael Common (vocals). Both Keith and Michael have been life long friends from their early schools days.

Keith got himself a white Fender Squire guitar (which he still plays to this day, priceless) and taught himself how to play. Michael decided to learn the bass guitar and played in a couple of school cover bands playing mainly Sex Pistols, The Damned and The Clash songs until he joined a band with a better bassist so he decided to sing instead, plus it was cheaper than buying guitars, strings, straps and plecs.

Not long after leaving school Keith started to write his own songs. He gave Michael a listen to them… They were mint!! They both started working on the songs and new songs. Soon they were recording the new songs onto a Tascam 4-track recorder. Now All they needed was a band….

Having all went to school together and knowing that each played different instruments it wasn’t too long before two become a four. A real propper pop band but with no drummer. Nobody knew a drummer so they purchased a Roland TR 505 or TR 707 drum machine.. So, we had Michael Common (vocals), Keith Swan (Guitar), Mark Young (Guitar) and Cliff Beckwith (Bass), oh yes and Roland (drums). With a few discussions and another long story the name BIG DEREK was born. With about 10 original songs to their name and a couple of covers (just so they could gain some appreciation) off they went to gig.. First gig… Washington Arts Centre 1986 supporting Martin Stephenson and a band called Dadikov.. A triumph, a very surprising success, a high you cannot explain but it’s definite addictive high.

A few more local gigs were played and a bit of a following was starting to grow. Now it was time for the Polytechnic student music scene. Playing Durham University, Newcastle Polytechnic and Sunderland Poly on a few occasions and supporting the likes of Brother Beyond, The Fountainheads and some other late chart entry rubbish. Confidence was rising and presence was starting to glow. Still no drummer, Roland kept them in time and on the road. Soon, there was about to be a bit of change in dynamics to the band, Michael and Keith came across an amazing drummer by the name of Keith (Andy) Anderson. From Andy joining Big Derek the songs started to move and flow much better than when Roland was in the band. Mark Young, decided he wanted to be a banker and left to work for some bank down South. Mark Young out! Replaced by Ian (Spider) Craig.

THE START OF SUCCESS

A girlfriend of one of the band members (names will be protected lol) heard about a National Competition for original bands on a local radio station (Metro Radio). The Competition was ran by Wella Hair products and Red Bus Studio. With a big prize of £1000 and the chance to record a single at Red Bus Recording Studio. All you had to do was send in a tape. So she did. The band were totally unaware until they were chosen to play a live regional heat at the Lancastrian Suite. Big Derek won their heat and went on to win the final of the regional heats. Now they were the best band in the North East (FACT). The National Final was to be held at The Hippodrome, Leicester Square, London on the 18th November 1987. A very significant date as this was the date of the Kings Cross Fire.

Prior to the competition Big Derek were invited down to Red Bus Studio, London to discuss there musical future. Michael, Keith and their new drummer Andy took and overnight bus from Newcastle down to London. The things you do for what you believe in… They met with Billy Lawrie and Ellis Elias to sort out what Red Bus could do to help Big Derek improve on their direction and ambitions (Basically record a few tracks).